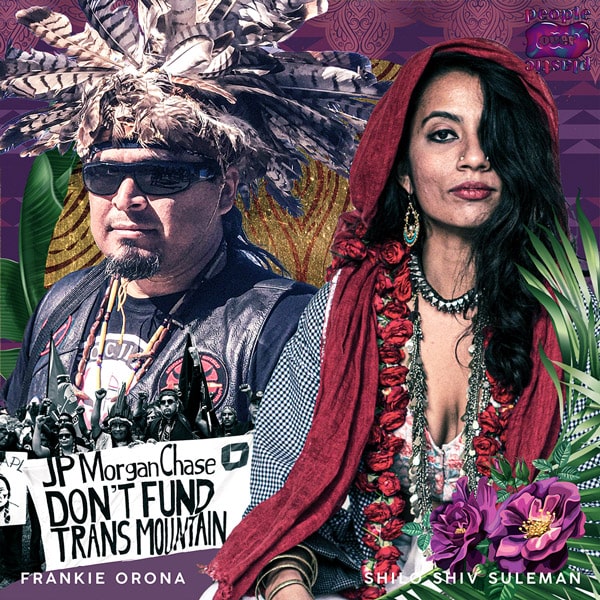 People and the planet are not two different operating systems and no one understands this better than indigenous communities. In this episode, we will dig deeper into the role of Indigenous culture and traditions and how pivotal it is to acknowledge their leadership in the fight for justice and against climate change.

Meet Frankie Orona, Indigenous leader and Executive Director of Society of Native Nations, an organization founded by a small group of Native people in Texas. In our conversation with Frankie, he emphasizes the need to end bank financing of extreme fossil fuels as a way to call out the systems that keep communities of color in cycles of harm.

Similarly, you’ll  hear from Shilo Shiv Suleman, a Bangalore-based Indian animator, illustrator, and visual artist. Shilo’s craft which focuses on the intersection of magical realism, art for social change and technology led her to founding the Fearless Collective - a movement of participative storytelling. During the recently held Unilever-sponsored COP 26 in Glasgow, Shilo’s mural “At the Root” gave deep homage to indigenous elders who continue to be sidelined to the point of erasure. Frankie and Shilo’s stories signal the call to reprogram our roots as Black, Indigenous, and People of Color.

Don’t forget to subscribe to People Over Plastic available on Apple and Spotify!

At the Root at COP 26: in the Glasgow Times